"You want to do the job in a way where people can see themselves in it, regardless of what labels we use to describe ourselves or others"

Minnesota United FC color commentator Kyndra de St. Aubin: Being a woman in business and having so many leadership roles that you've had along the way, and experienced so many different types of leaders along your way, why is it important, do you think to have women in leadership roles within organizations and businesses?

Minnesota United CEO Shari Ballard: I am a woman and I'm very happy to be one, but I'm a lot of things, you know? I never really wanted to be defined fully that way. I didn't really pay a lot of attention to it. Whether it was Best Buy, whether it's [Minnesota United FC], you want to do these leadership jobs in ways that they're attractive to the widest possible range of people, including women...You want to do the job in a way where people can see themselves in it, regardless of what labels we use to describe ourselves or others. That's a hundred percent how I feel about the job now. I want to do it in a way where all of these guys see, "Hey, I think maybe I can do that," based on whatever their style is based on however they grew up. Because I think people need to see what's possible in other people.

KDSA: Is there a specific piece of advice from an individual that you've gotten along the way? Or is it more just different leadership examples where you're like, "Yes, I want to do more of that"?

SB: I said this to our team yesterday, the really cool thing about leadership and the really hard thing about leadership is that you learn it from other people. Which can be brutal sometimes when you learn and it comes at the expense of somebody else. It's important that you honor that by learning. But you can also learn by being on the receiving end of leadership and paying attention to what causes you to be a bigger and higher-performing and happier version of yourself, and what are the things that cause you to be smaller.

Ellen Rausch, junior at the University of St. Thomas: As a woman going into the sports industry which path do you think is the best way to go: business or production and why?

KDSA: How do you see Minnesota United fitting in the economy and the culture of what we have here in the state of Minnesota?

SB: I think the first thing I would say is the companies and the people that are partnering with Minnesota United, are some of the best, not only companies, but people behind the companies in the community...There is a lot in what we do with our partners that has to do with activation of all kinds of things in the community. And it's because most of our partners are with us because they themselves feel very strongly about being a member of the community in a very real way, participating in it, trying to help solve problems in the community, across the full range, and there are plenty to solve.

What an excellent way to start the day! Thank you to the Minnesota Chamber of Commerce and Grey Search + Strategy for bringing us together to be energized by the passionate Shari Ballard and expert interviewer Kyndra de St. Aubin!

Join us on August 2 at Mystic Lake's beautiful event center for this half-day conference. This event builds on our highly successful quarterly series to dive deeper into topics of interest to women business leaders. 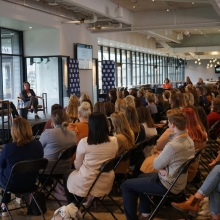 3 tips to building a disability-inclusive workplace 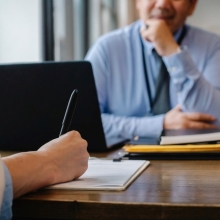 More people with disabilities have a two-year degree and are looking for work than those without a disability. How can...
Read More 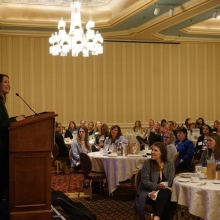 Recently, the Minnesota Chamber continued its return to in-person events with another chapter of the Women in Business series. The...
Read More