Manufacturing, business essential to state growth
Minnesota’s manufacturing industry is a critical pillar of the state’s economy and represents the second-largest industry of Minnesota Chamber members. The Chamber works closely with the Manufacturers’ Coalition to bring together a wide range of individual manufacturing associations across the state to speak with one voice on issues common to manufacturers, regardless of size or sector. 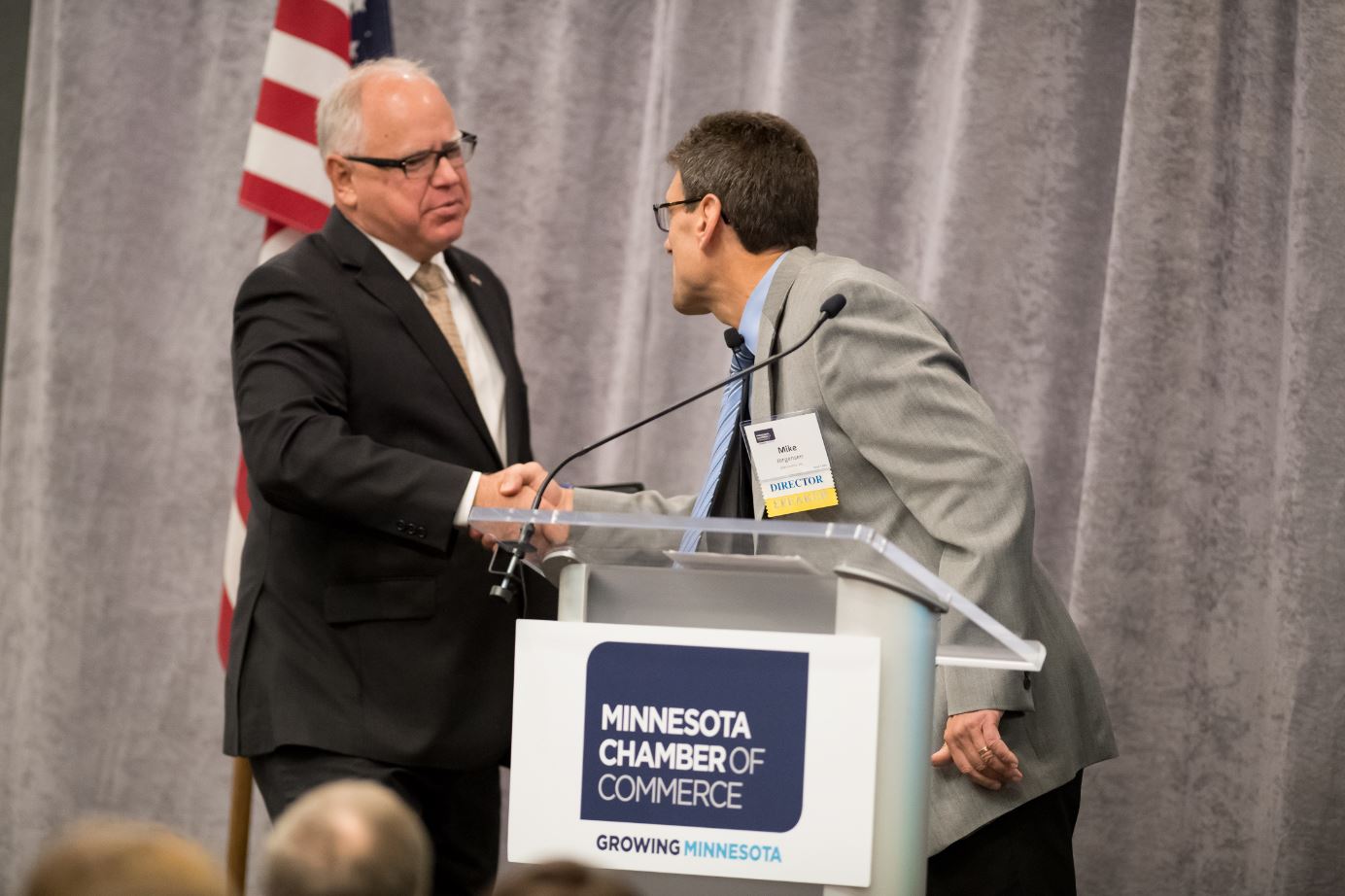 Governor Walz was the morning’s first speaker and highlighted the role manufacturing plays in Minnesota’s economy.

“I’m going to suggest to all of you, both in manufacturing, in job creation, in functional state government, innovation in workforce development, workforce training and new ways of doing things, Minnesota is still leading the way,” Walz said. “And we’re going to continue to lead the way forward.”

Without expressly stating it, the governor set the stage for the 2020 legislative session where policy differences between businesses and his administration will likely resurface.

“I’ve seen no percentage in this of demonizing business, that business doesn’t care about their workers, business doesn’t do this; you’ve heard me say this many times,” he said. “I think it’s disrespectful and I don't think there’s truth to support that. ‘Government doesn’t care, you want to socialize everything.’ Why would I do that? Why would I have an interest in that when I, too, am a consumer and I understand that innovation and free markets create competition and create better opportunities for all of us. There’s a middle ground and I would suggest to you that it’s the Minnesota way of doing things.”

Free trade needed for Minnesota businesses to thrive
One theme from the summit was clear: Ratify the United States-Mexico-Canada Agreement. The United States, Mexico and Canada have reached an agreement on a new pact to succeed the North American Free Trade Agreement. The three countries now wait for the U.S. Congress to ratify the deal.

Ambassador Bárcena Coqui laid out her case for the ratification of USMCA and the importance of free trade between the United States, Mexico and Canada.

“I’ve been asked if I’m an optimistic or not about USMCA being ratified,” she said. “I said, ‘Yes, I am an optimistic.’ Based on what? Based not only on the very evident data USMCA is important to the economies of the U.S., Mexico and Canada. It’s important to give certainty in a world of uncertainty.” 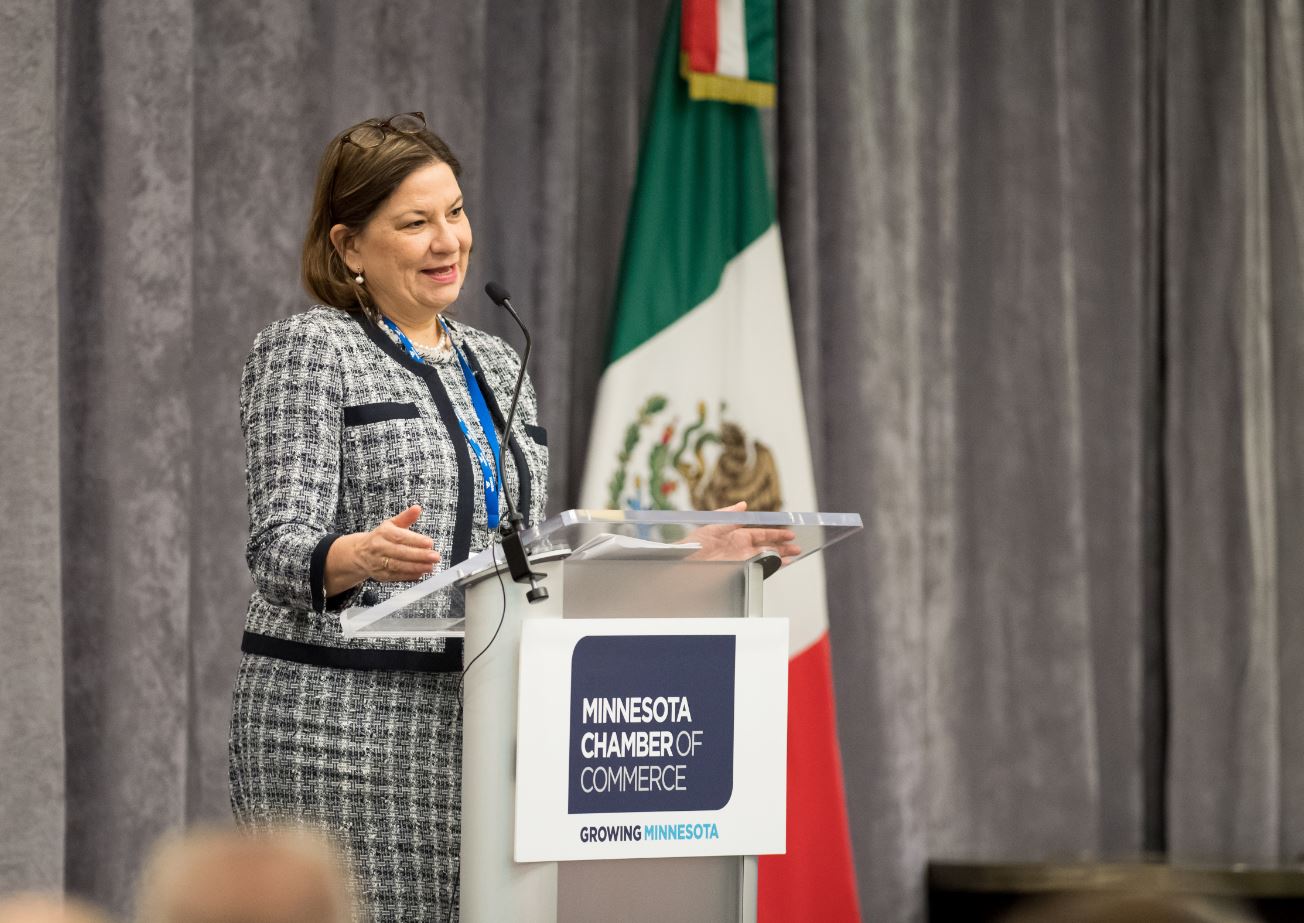 Governor Walz echoed the call for ratification and its importance for Minnesota businesses and manufacturers.

“My message to our members of Congress: Walk and chew gum at the same time,” he said. “Do what you need to do on current events, but get us a trade deal. Get that thing done, and let our folks be able to do what you do best. Create jobs.”

“It has been a huge challenge,” she said of her role. The ambassador noted a recent negotiation when she was the only woman at the table.

“On the U.S side there were no women, on the Mexican side it was only me,” she said. “I reflected upon it. This is not normal. What should be normal is least 40% of the people sitting at the table should be women and it should be natural.”

She referenced a time when a reporter asked if women were weaker in negotiations, to which she had a memorable reply.

What’s Next
No matter your interest or industry, we have an event for you. Our goal is to offer programming on topics that are interesting and relate to your business – to help increase your knowledge and grow your network. 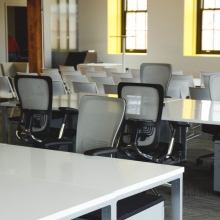 The Economic Contributions of Immigrants in Minnesota: Conclusion and recommendations 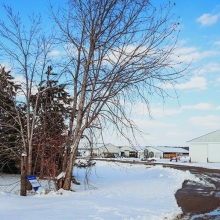 Immigrants in Minnesota are an undeniable benefit to the state’s economy. In the long term, immigrants hold down critical jobs...
Read More

The Economic Contributions of Immigrants in Minnesota: Key industries’ reliance on immigrant talent 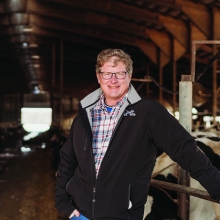