The Minnesota Chamber’s Women in Business series continues to win rave reviews with its top-notch lineup of speakers. South Dakota Governor Kristi Noem headlined our latest event on June 19. The governor addressed a full house of 200 people; 50 percent of the attendees were at their first Women in Business event. She shared her personal story and told how unexpected opportunities brought her into political leadership.

Noem explained that prior to her career in politics, she learned the value of hard work as she farmed with her dad to build an operation he could pass along to his kids one day. While she was in college, her father died unexpectedly in a farming accident. Noem returned home shortly after to farm and ranch full-time. She stepped up, helped stabilize the operation, and provided leadership when it was needed most.

Her experience running the farm helped spur her interest in the legislative process. Crippling death taxes made it hard to keep the ranch afloat. This belief that a friendlier tax climate could lead to greater business growth was a key component to her first successful run for the South Dakota state Legislature. Noem served in the Legislature for four years before being elected as the state’s lone Member of Congress. She was elected Governor of South Dakota in 2018.

Through her work in the state Legislature, Congress and now as governor, South Dakota has become a leader of women in the workforce and female entrepreneurs. Over 23,000 South Dakota women own and operate small businesses, and the state has the highest rate of working moms in the country.

“I’m proud to have been part of this group, as a farmer and rancher, the owner of a hunting lodge, and a manager at my mom’s restaurant,” says Noem. “I won’t say it’s always been easy, but I never did it alone. My family and I were always surrounded by friends, loved ones, and a community that had our back.”

“I believe the most sustainable way to strengthen communities is to expand economic opportunity, and that can only come from a healthy workforce,” says Noem. “I believe our states can be examples to the nation on working together to accomplish shared goals.” 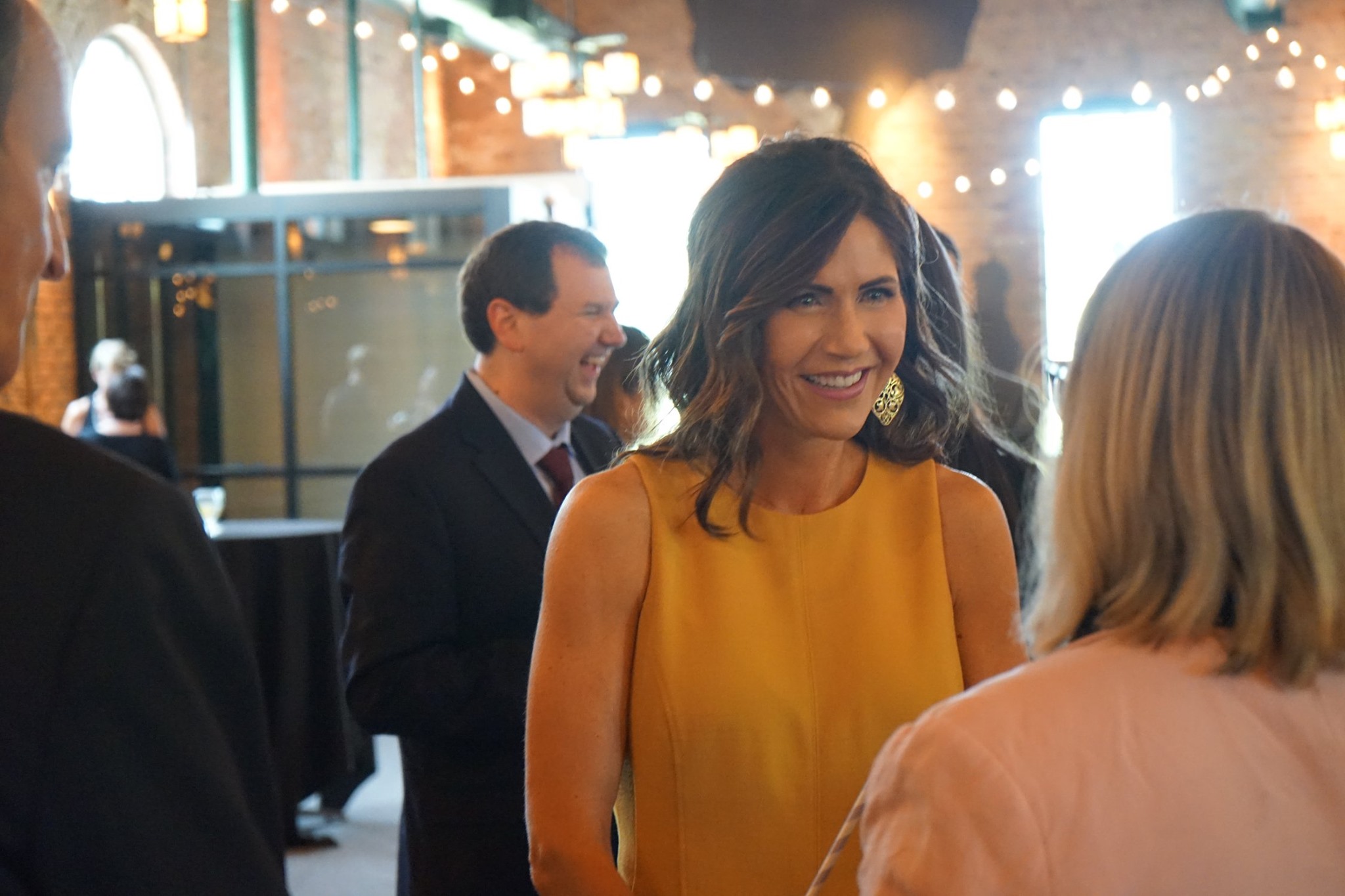